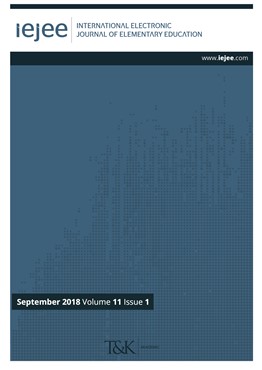 It is aimed to determine the strategies used by the fourth-grade elementary students during the operational estimations in this research which is designed by using basic qualitative analysis. The study group consists of 26 fourth-grade students selected through convenience sampling method and attending at a state school which was located in the centre of Kütahya province during the 2016/2017 academic year. In order to determine the strategies used by the students while estimating the results of the basic mathematical operations, a 20-question scale consisting of 5 questions from each of the addition, subtraction, multiplication and division operations was developed. The research data were collected via semi-structured interview method. In the process of the data collection, students were asked to solve each question through using a method of thinking aloud and the interviews were recorded by a camera. The obtained records were sorted out as a part of elementary school program developed by the Ministry of National Education (MEB, 2005) by three specialists in elementary mathematics teaching according to strategies such as suggested rounding, grouping, using the front-end orders, using matched numbers, distribution, adjusting-rearranging and using algorithmic calculation. As a result of the research, it has been seen that the fourth-grade students mostly prefer the strategy of algorithmic calculation when making estimations in four basic operations. It has been also seen that fewer students used rounding, matched numbers, adjusting-rearranging in addition; rounding, adjusting-rearranging strategies in subtraction, multiplication and division mentioned by MEB (2005). It has been seen that students who obtained solutions using the strategies determined by MEB (2005), were realistic and estimated the result of the operation in a very short time, whereas students who preferred algorithmic calculation strategy, often had unrealistic results and long estimation spans.