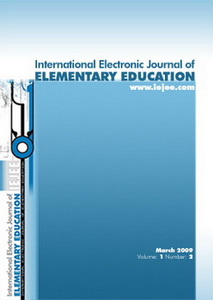 Korean parents’ perceptions on the importance of computer usage for themselves and their children: An exploratory study

Many families today have access to computers that help them with their daily living activities, such as
finding employment and helping children with schoolwork. Minority families residing in the United States
though often do not own home computers. With a greater number of immigrant families arriving to the
United States, questions are raised whether parents unfamiliar with the new culture view computers as
important teaching tools for themselves and their children. An exploratory study was conducted looking
at Korean parents whose children were enrolled in a Southern California elementary school, since this
minority group consistently falls within the top ten immigrant sending countries. The study’s purpose was
to examine parent perceptions on the importance placed on computer usage for themselves and their
children. Findings suggest that Korean parents place a high value on computer usage and see it as vital
to job success and academic achievement.